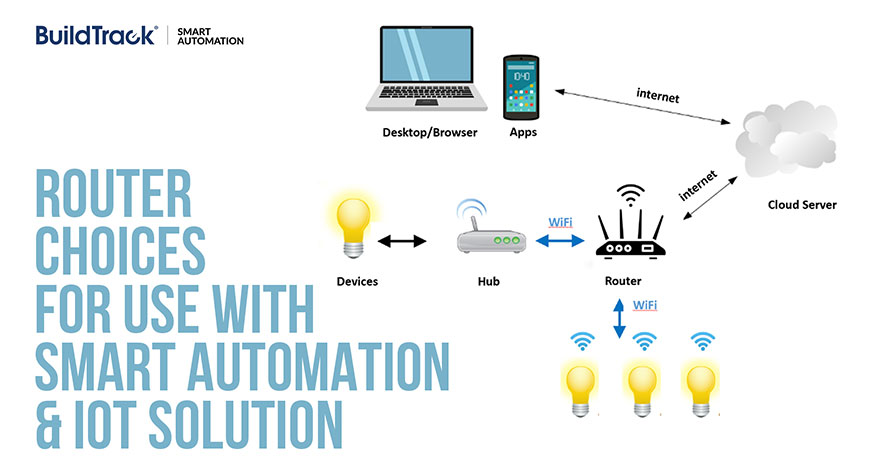 Home Automation and Office Automation are both rapidly increasing in acceptance. These are being typically deployed for various reasons such as control of lighting, air conditioning, fans or for monitoring sensors for smoke, gas leak, door intrusion, glass break or for motion detection. Since the primary intent in many cases for Smart Automation deployment is its access while remotely located from the home or office via the use of internet, it is essential that all automation devices are connected to the internet at the location where they are installed. The internet is used not only by the user to access these devices or for the devices to communicate with the users, usually there is another aspect of internet usage for these devices. The internet is also used by these devices to communicate their health to the cloud server that manages the communication to them. This internet connectivity within a home or office is managed by a router, which becomes the doorway or portal from the home or office to the internet. 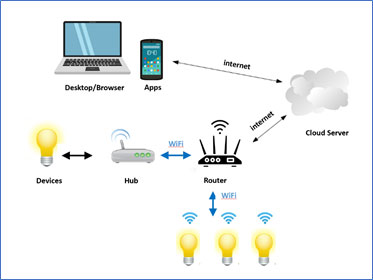 Within the home or office the same router helps create a WiFi network to which all the devices connect, either to provide interconnectivity to each other, locally, or to use it as a doorway to access the internet. Most of the routers available in the market and chosen by consumers tend to be dual band routers that can operate at 2.4GHz and/or 5GHz.  A selectable dual-band router offers both, but you can only use one at a time. You actually have to use a switch to tell it the band you want to use. A simultaneous dual-band router broadcasts separate 2.4 GHz and 5 GHz Wi-Fi networks at the same time, giving you two Wi-Fi networks that you can choose from when you set up a device. Some router brands also let you assign the same SSID to the two bands so that devices only see a single network—even though both are still operational. These tend to be a bit more expensive than selectable dual-band routers, but not by much. The advantages of having both bands operating simultaneously usually outweigh the cost difference.

Most smart automation and IoT devices that you may use in your home or office currently do not support the 5Ghz band. So it is important that your router offer the 2.4GHz option. Also, most routers typically used for homes, support a maximum of 30 devices, including Laptop, Mobile, TV etc. so if the setup of IoT or automation devices in addition to the other devices that access the same WiFi signals exceed that number then you would have to consider an access point in addition to the router. This especially becomes very relevant when many homes and offices are starting to use WiFi light switches or bulbs, which can very quickly add up in numbers when used across a home in every room/space.  These access points are to be connected through a CAT6 cable to the main router in the home/office. Generally they are kept some distance away from the main router to increase coverage in the home. Again, these need to support 2.4GHz to support IoT and automation products that communicate with it. These access points can have their own SSID, but generally for ease of use they are installed with the same SSID as the main router to which it is connected. The routers used in offices typically can support more than 30 devices, but these cost 7 to 10 times more than a simple home router and therefore while they may be economically justified in offices, they may not be affordable for homes.

While there are many routers that may fit the need, we wanted to suggest TP Link Archer series, or LinkSys routers as a few of the brands from our experience that have worked well with WiFi enabled IoT or Automation devices.