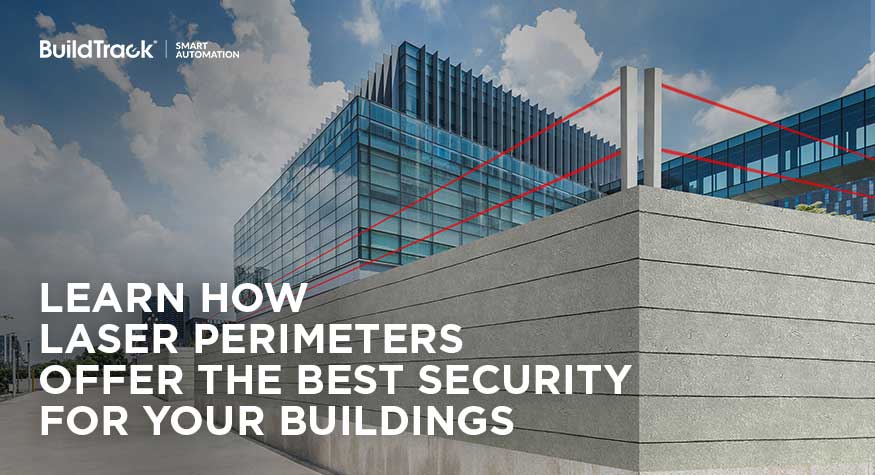 LEARN HOW LASER PERIMETERS OFFER THE BEST SECURITY FOR YOUR BUILDINGS

Security is important to all residents of a building. It only takes one act of intrusion to create a sense of insecurity amongst all the residents. While great care is taken to man the entry and exit points of a property with security personnel, it is not always possible to guard the complete perimeter of the same property. A Laser Perimeter System is exactly intended to serve that need by providing a high level of security to secure the perimeter using Laser technology. This is military grade protection that often used to secure military bases and is now trickling into the mainstream civilian environment.

BuildTrack offers such a perimeter security using laser beam and ultrasound beams. These perimeters are monitored via the BuildTrack BMS system which can provide notifications on Smart Phones as well as in a Central Monitoring Station, whenever these beams are disrupted. Typically there are cameras also strategically located for perimeter monitoring. The BuildTrack BMS system also allows association of correct camera feeds to the zones of the perimeter monitoring to allow rapid assessment and response to the intrusion situation.

BuildTrack provides the system in two configurations, a two Beam System for wall mount installation and Six Beam System for ground installation. This system is fully resistant to the external climatic changes such as dust, moisture etc. This makes it a completely efficient system for the outdoor operation. The system consists of transmitters and receivers. The transmitter end transmits the laser and the receiver end receives the beam. If the laser beam is interrupted and not received at the receiver end, a notification/alarm is generated.

The laser perimeter system is still at the higher end of the cost spectrum, and is suitable for situations where the best in safety is being demanded by the residents on the property. It can offer a sense of security that is not matched by much else in the market today. Contact us if you have queries or would like to see if this is right for your situation.