Home   »   DO YOU KNOW WHY HOME AUTOMATION IS GOING MAINSTREAM? 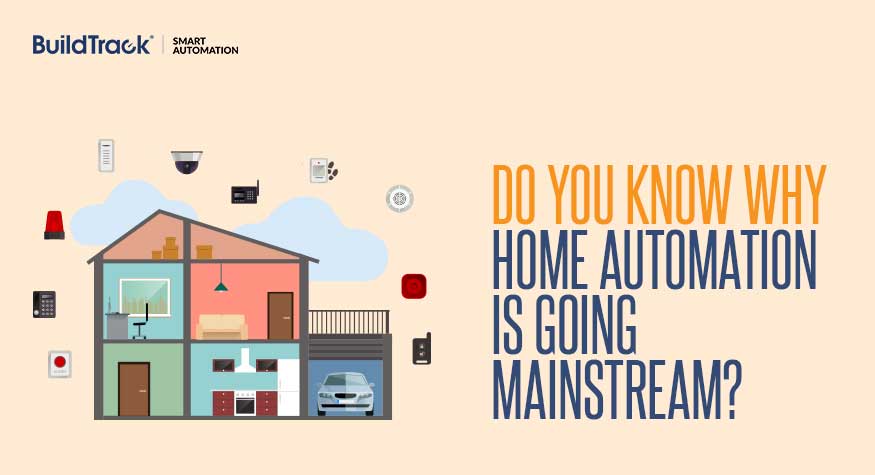 DO YOU KNOW WHY HOME AUTOMATION IS GOING MAINSTREAM?

The Home automation industry is rapidly growing and now evolving more to a converged offering with integration of Lighting Controls, Safety Security Sensors, Voice Enabled Systems, Entertainment and many more. Advances in the areas of Apps are also changing the user interfaces and it is becoming much more user friendly and simple for users to manage, even on their handheld devices. The concept of smart homes is growing steadily in urban homes across India. Pune is currently the biggest market for home automation in India and accounts for 15 percent of the overall market. The growing market share of smart homes in India can be attributed to the growth of IT hubs and HNWI’s (high net worth individuals). HNWIs are concentrated in NCR, Punjab and Gujarat while IT Hubs are primarily located in Pune, Hyderabad, Bangalore, Noida and Coimbatore.

Here is the list of 5 major factors that is helping Home Automation market to be in the mainstream:

All these aspects taken together are ushering the use of Home Automation into the mainstream quite rapidly. Read more to know what companies like BuildTrack offers under the Home Automation segment.

2 thoughts on “DO YOU KNOW WHY HOME AUTOMATION IS GOING MAINSTREAM?”