Home   »   HOW ARE MOTION SENSORS GOOD FOR YOUR OFFICE? 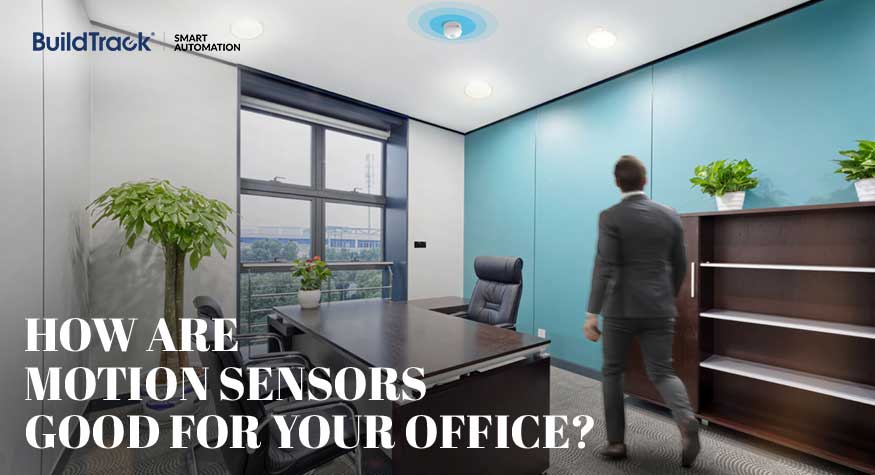 HOW ARE MOTION SENSORS GOOD FOR YOUR OFFICE?

In many locations within work places or homes, energy is wasted when light, fans, air conditioners, exhaust fans and many other devices are left ON in spaces which are unoccupied or have adequate daylight. This is a significant burden on your power bills and can be avoided using Sensors. What are these sensors and how do they help to reduce energy?

Sensors are usually designed to “sense” something in or around it, and report what it finds out to other devices that then take action. Sensors can deliver up to 20% reduction in energy consumption. Here are some examples of typical sensors that help with energy reduction

What do these sensors communicate the information to once they sense something? How do they actually help to turn devices ON or OFF?  These sensors can be directly wired to the devices like lights and AC’s, which while helpful creates other issues such as unsightly wiring and other complexities. The evolution of wireless RF (radio frequency) technology offers the option of Wireless Sensors which communicate wirelessly to other devices called Nodes. These Nodes usually contain Relays or IR control mechanisms that can either toggle switches to ON/OFF or send IR signals to turn devices ON/OFF.  These nodes can be connected to various switches or placed near IR controlled devices (like AC, TV). On receiving communication wirelessly from the Sensors they will operate the devices. This solution is unique in that there is no change in aesthetics of the room and a single sensor can control multiple devices simultaneously.  Wireless sensors are also quick to be deployed, in most cases within an hour or less in a room.

Sensors can therefore provide huge value both in terms of energy saving as well as convenience as users don’t have to explicitly remember to turn ON/OFF devices. They can pay for themselves quickly depending on how much power wastage is ongoing in a space and not to mention that they increase the life of the assets themselves, especially LED lighting, fans and Air Conditioners